San Bernardino International Airport (SBD) welcomed an estimated 3,000 people on Saturday, July 23, 2022, but the guests didn’t depart or arrive on airline flights. At least not yet. Instead, they arrived at SBD to enjoy the Ready for Takeoff concert, a celebration of first-ever scheduled airline service. Daily nonstop flights between SBD and San Francisco International Airport (SFO), with one-stop, same-plane service to Provo Airport (PVU) in Utah, launch on August 4, 2022. Learn more at www.FlySBD.com.

The outdoor concert took place street side, in front of the airport terminal on a clear and cool evening as an all-ages community celebration with bands performing live on SBD’s world-famous 737 plane stage. Beer Mug and the KROQ Street Team were onsite and gave one lucky fan a pair of tickets on Breeze Airways to see Panic! At the Disco in both Los Angeles and San Francisco through their “See Them Here, See Them There” promotion.

“Concertgoers were able to see firsthand just how easy it is to drive down the street to SBD, along with the convenience of parking footsteps from our passenger terminal.”

No party is complete without delicious food and beverages. Southland favorites Pink’s Hot Dogs, Monty’s Good Burger and JuneShine, along with a beer garden for 21 and over attendees satisfied the hungry and thirsty visitors.

“The Ready for Takeoff concert was a preview for the public to experience the convenience and ease of using SBD and to raise awareness of new airline service,” Gibbs continued. “We want our community to know and enjoy the advantages of flying local. With Breeze Airways offering low fares, and on-airport $5-daily parking, SBD is the best deal in town.”

About San Bernardino International Airport (SBD)
Located approximately 60 miles east of Los Angeles and within 30 minutes of more than two million people, the former Norton Air Force Base was converted to civilian use in 1992 and later became certified as a commercial-service airport by the FAA. Scheduled passenger service begins on August 4, 2022, with Breeze Airways’ nonstop flights to San Francisco International Airport (SFO) with one-stop, same-plane service to Provo, Utah (PVU). The airport also offers a full range of services and facilities to support additional domestic and international passenger airline service, air cargo operations, general aviation, and maintenance repair and overhaul (MRO) businesses. SBD’s domestic passenger terminal is located at 105 N. Leland Norton Way, San Bernardino, CA 92408, off the I-10 and I-210 freeways. On-airport parking is only $5.00 per day. For more information, please visitwww.FlySBD.com. 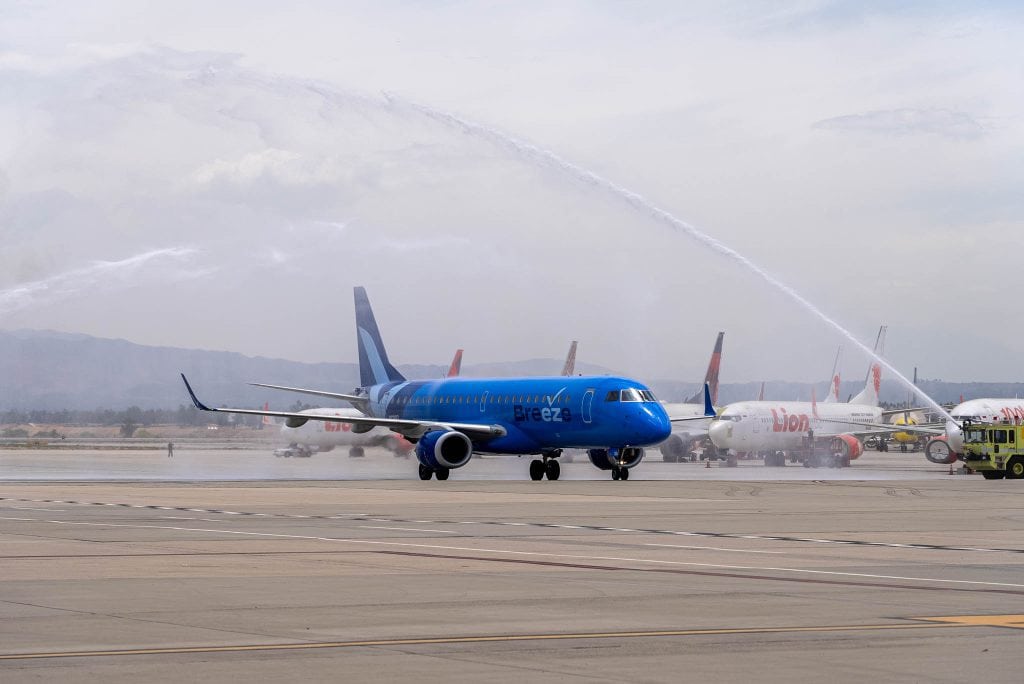 With Breeze Airways, Inland Empire Travelers Now Have Nonstop Service
to SFO and the Bay Area, and One-Stop Service to the World 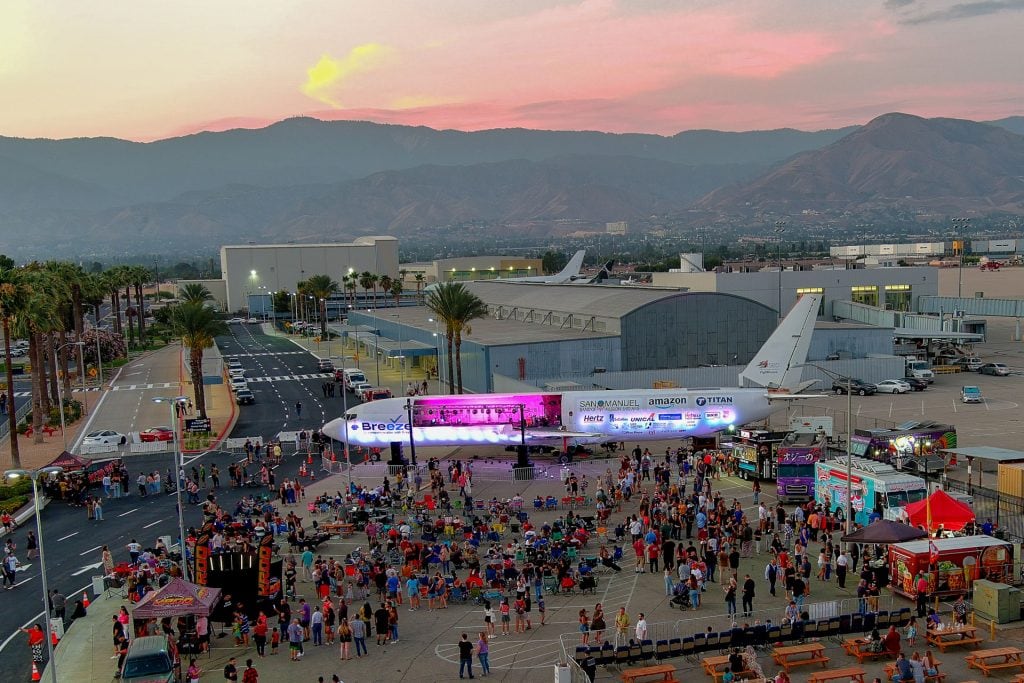